You can make the Scalesia forest thrive again

Heinke Jäger, Chief Scientist at the Charles Darwin Foundation, talks about the importance of partnering with Azimuth World Foundation to save this unique habitat in the Galápagos and explains how each gift will contribute to this project.

The Charles Darwin Foundation (CDF) dedicates its efforts to the conservation and sustainability of the Galapagos Islands' ecosystems. Why is this mission so relevant?

The Galápagos Islands, an archipelago 1,000 kilometers west of the South American continent, are home to many unique plant and animal species that can only be found here and nowhere else in the world. These endemic hallmark species, such as the giant tortoises, Darwin's finches, and the daisy trees, serve as an introduction to the wonders of the Galápagos Islands. This makes the islands a living laboratory, where research is conducted that provides important scientific information to inform conservation at a local, regional, and global scale. The Archipelago is also a haven for eco-tourists and thanks to the applied research carried out in the islands, it is still one of the best-preserved natural places in the world.

While the Galápagos Archipelago was discovered in 1535, it wasn't until 1835, 300 years later, that Charles Darwin arrived on the islands on the HMS Beagle. Darwin embarked on a five-year scientific voyage spending five weeks on Galápagos collecting and studying plants, rocks, insects, and birds. His observations of the unusual life forms and their adaptations to the harsh and distinctive environment, and his studies of specimens in Galápagos and around the globe, inspired his ground-breaking book, On the Origin of Species, published in 1859.

Approximately 97% of the total land area of the Galápagos Archipelago was declared a National Park in 1959. The word "unique" is often used to describe this remarkable part of the world, largely due to the fact that around 80% of land birds and 97% of reptiles and land mammals are endemic to the islands. In addition, 30% of the plant species and more than 20% of the marine species are endemic. 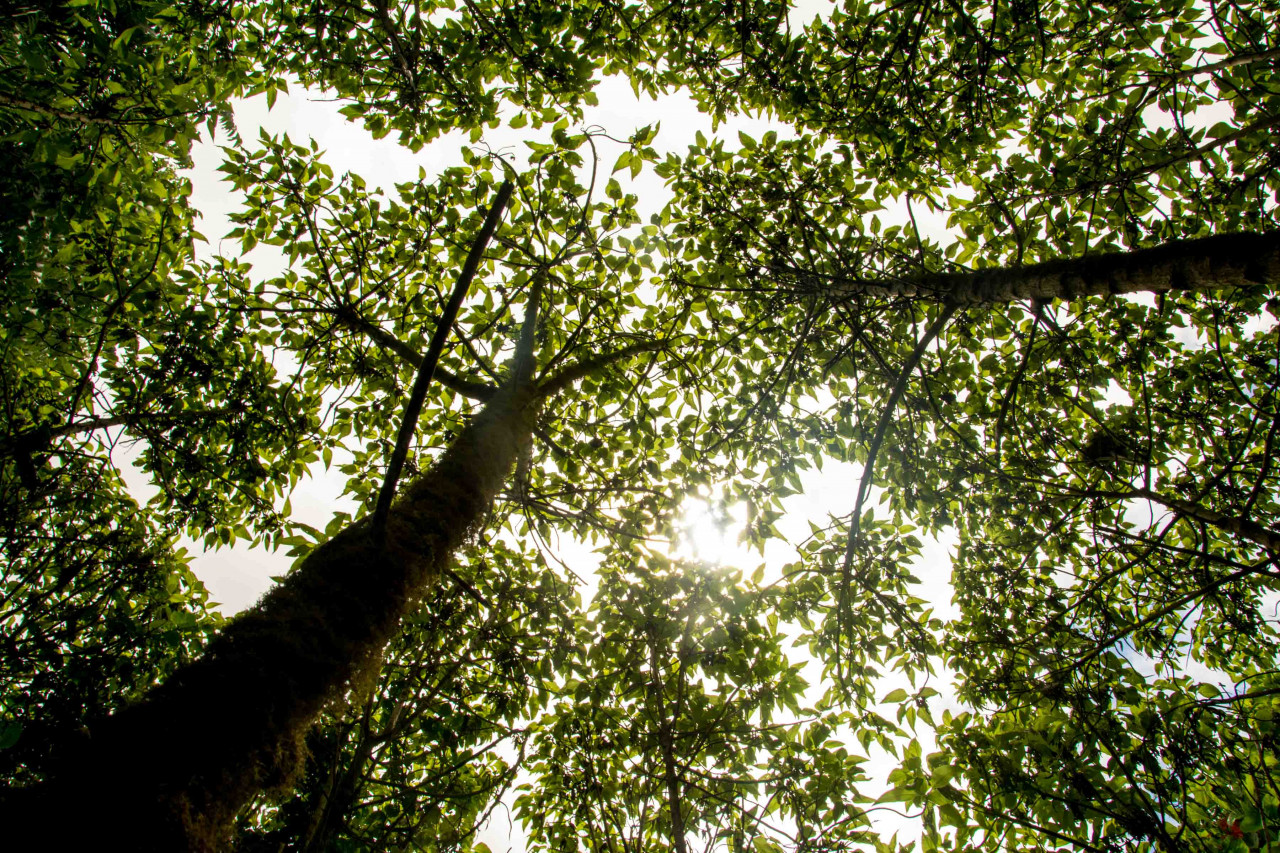 This fundraising campaign's aim is to support the Scalesia Forest Project that you started to protect and save this unique habitat in the Galápagos. Can you tell us about the importance of this project, how and why it came about?

The unique animals and plants of the Galápagos Archipelago have experienced few extinctions, mainly due to the late colonization by humans and the high level of protection. However, agriculture and invasive species have affected much of the natural vegetation that provides a home for the unusual species of Galápagos. One habitat type that has been severely affected by this is the Scalesia forest on Santa Cruz Island, comprised of the giant daisy tree, Scalesia pedunculata.

Scalesia pedunculata can only be found in the Galápagos. The forest is home to many animal species and represents a crucial nesting habitat for Darwin's finches and flycatchers, most of which are endangered. Due to the fact that the fog in the highlands condenses on the tree's leaves, it captures additional water, which in turn facilitates the growth of the flora associated with the trees, like orchids, lichens, and mosses. The forest, which has been seriously affected by land-use changes through agriculture and invasive species, particularly blackberry, is now estimated to cover less than 1% of its original extent on Santa Cruz Island.

Losing this Scalesia forest would dramatically decrease the biodiversity of the archipelago because it provides the habitat for many other species. If we lose the Scalesia, we would also lose the species closely associated with this daisy tree, such as plants that grow on the trunks, as well as endemic moths and butterflies.

Over the last eight years, the Galápagos National Park Directorate (GNPD), with the scientific support of the Charles Darwin Foundation (CDF), has refined the techniques to control blackberry and other damaging invaders in this forest. Control efforts have been extremely successful on a small scale and the natural regeneration of the endangered Scalesia pedunculata has been spectacular. This work is very labor intensive, and after an initial herbicide application, follow-up removal of invasive plants has to be conducted manually. Long-term monitoring of the vegetation, invertebrates, and Darwin's finches, ensures the successful control of invasive species without harming these nontarget species.

Our research results so far have demonstrated that the methods needed to combat blackberry and restore the Scalesia forest are highly successful and applicable on a large scale. However, restoring the Scalesia forest and raising awareness among the local population on the importance of this natural habitat is a long-term effort. Therefore, CDF must continue its endeavor of working with local farmers and improving the control of invasive plant species, particularly of blackberry, in National Park and agricultural areas, including finding a biological control agent (a method of controlling an invasive species, using a natural enemy of that species). 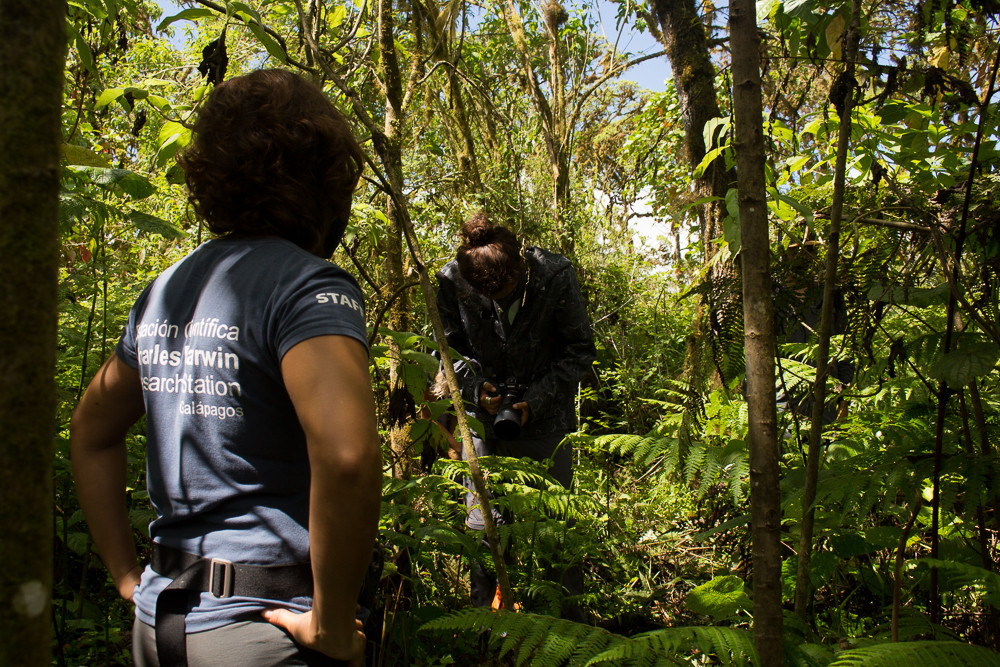 How will each gift contribute to this project?

The cost of planting one Scalesia seedling on Santa Cruz Island is about $10. This includes the costs for the plant itself but mainly the labor required to clear the land off invasive plants first, dig the planting hole, plant the seedling and then water it, if necessary, for several days. An additional $5 per Scalesia plant is needed for the follow-up control of invasive plant species every 3 months for a year, which amounts to a total cost of $15 per planted Scalesia tree. This way, with the help of the Azimuth World Foundation, we would be able to turn a formerly invaded wasteland into a species-rich and flourishing Scalesia forest again.

What is your understanding of the role each one of us can play in contributing to a better world?

The Charles Darwin Foundation believes in inspiring young people about what science can do for conservation and Galápagos. We recognize the potential of the youth of Galápagos to become the future guardians of this precious archipelago. Therefore, CDF implemented the Education and Community Outreach (ECO) Program, which aims to empower galapagueño children (8 to 12 years old) and teenagers (14 to 17 years old) from all economic, cultural and ethnic backgrounds to connect with nature, increase their sense of responsibility for the islands and positively influence their families and the wider community. 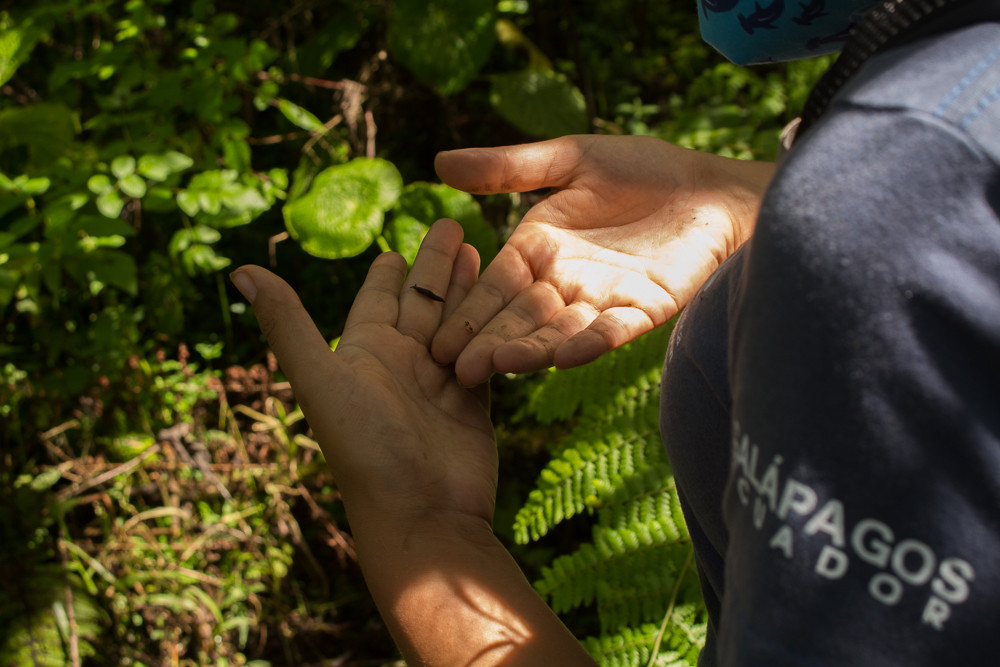 Why did you decide to partner with Azimuth World Foundation?

Just like the Azimuth World Foundation, CDF believes in building on successful conservation efforts and helping local communities find ways to thrive alongside nature and wildlife. We claim that only by effectively integrating knowledge on Galápagos' marine and terrestrial biodiversity with decision making, concrete and lasting solutions can be implemented and sustainability can be achieved. We are excited and grateful to partner with an organization that is working to create a better world for all, and we are looking forward to increasing the output of our research with your support.

We at Azimuth believe the Charles Darwin Foundation's work on the Scalesia forest in the Galápagos is a prime example of the movement to restore our planet based on knowledge and effective action. That's why we couldn't be happier to tell you about the success of this campaign and how our donors and supporters came together, raised nearly $6000, and Azimuth World Foundation doubled that to almost $12000! 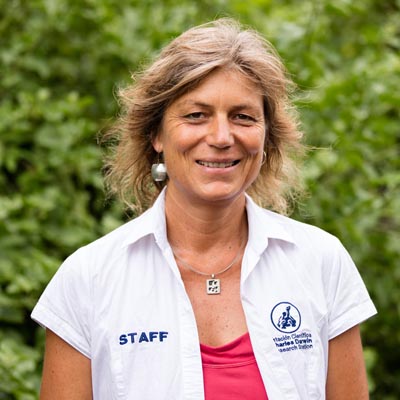 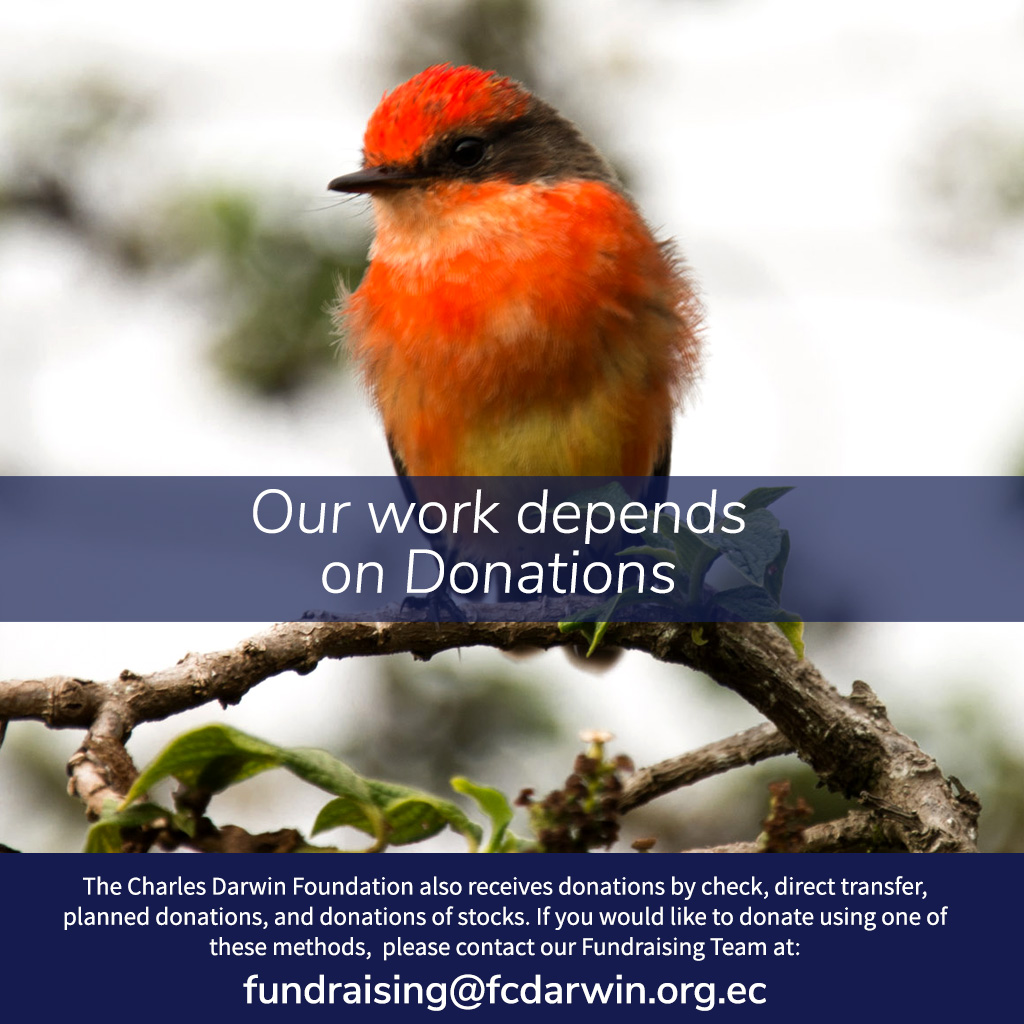