Motion 129 Approved: the First Step in Avoiding the Point of no Return Through Indigenous Governance 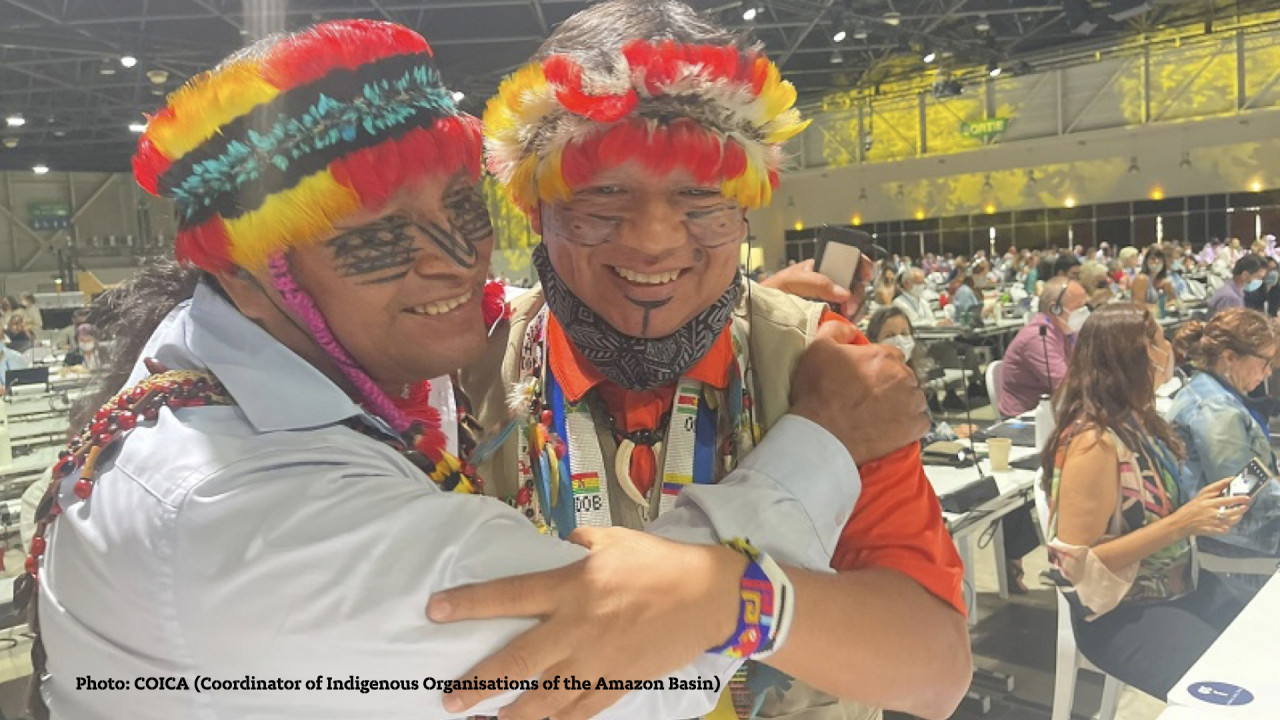 Azimuth World Foundation applauds and welcomes the approval of Motion 129 by the IUCN. The motion "Avoid the point of no return in the Amazon by protecting 80% by 2025" was proposed by COICA together with the Amazon 80 x 2025 Coalition and 17 organizations.

The words of José Gregorio Díaz Mirabal, General Coordinator of COICA — an indigenous organization of international convergence fighting to promote, protect and secure Indigenous Peoples and territories by defending their ways of life, principles and values — point to the core of the issue:

(…) Indigenous Peoples have come to defend our home and, in doing so, defend the planet. This motion is a first step.

A crucial first step. It can come to mean averting the tipping point in what is Earth's most extensive tropical ecosystem and is home to over half the world's animal and plant species. A crucial first step in avoiding the disastrous consequences for climate and weather patterns, not only in the Amazon basin but globally.

The motion represents a new and auspicious indigenous-led conservation movement that proposes a governance model that defends the rights of the peoples who inhabit these lands to live there and maintain their ways of life and, in doing so, implement a solution to halt climate change.

It also denounces the fact that protected areas are financed by governments, while at the same time, indigenous land — whose stewardship has conserved the Amazon basin for centuries — is not funded or even recognized by any international or national budgets.

We'll be following news on motion 129 to see it achieve the actions described in it. Hopefully, they'll respond to the atrocious measures the Brazilian government has undertaken to expropriate indigenous lands and aggravate genocide. Hopefully, they'll also respond to the devastation perpetrated by Big Oil and stop projects like the mega-dam in Wampis territory from ever leaving the drawing board.

Let us make sure motions like 129 become more than a statement of intentions.

Read the motion and take action: endorse the declaration.