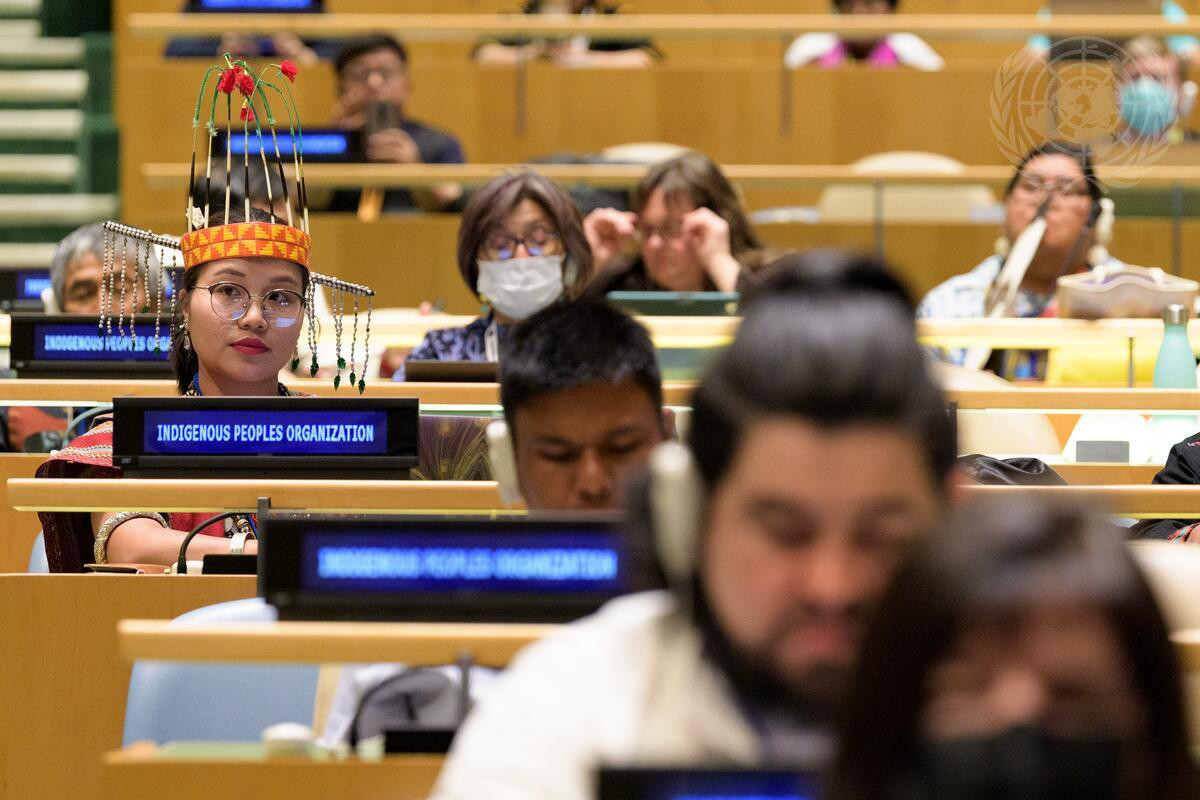 Even as the role of Indigenous Peoples and traditional ecological knowledge in the fight against climate change became an important talking point for last month's Earth Day celebrations, the exposure of our planet's best land defenders and natural resources protectors to Human Rights abuses keeps happening on a daily basis. Here are some of the most important resources and stories (both inspiring and distressing) that we came across last month.

Representatives of Indigenous Peoples from all over the world are gathering in New York since last Monday, April 25, for the twenty-first summit of the United Nation's Permanent Forum on indigenous Issues. The theme for this year's gathering is "Indigenous peoples, business, autonomy and the Human Rights principles of due diligence including free, prior and informed consent". This is the perfect opportunity to learn about the challenges faced by Indigenous Peoples worldwide, but also about the incredible achievements and resilience of these communities in the face of blatant discrimination and Human Rights violations. The sessions can be live-streamed, but will also become available afterwards at the UN's online TV channel.

A ceremonial welcome is performed by Katsenhaienton Lazare, Bear Clan, Mohawk of the Haudenosaunee, during the opening of the Permanent Forum on Indigenous Issues (UNPFII). Credit: UN Photo/Manuel Elías

There are important side events taking place during the summit in New York, many of which allow for online participation. We're particularly looking forward to the World Health Organization's panel on Indigenous Peoples and health inequalities, taking place on May 7. Find a registration link below: 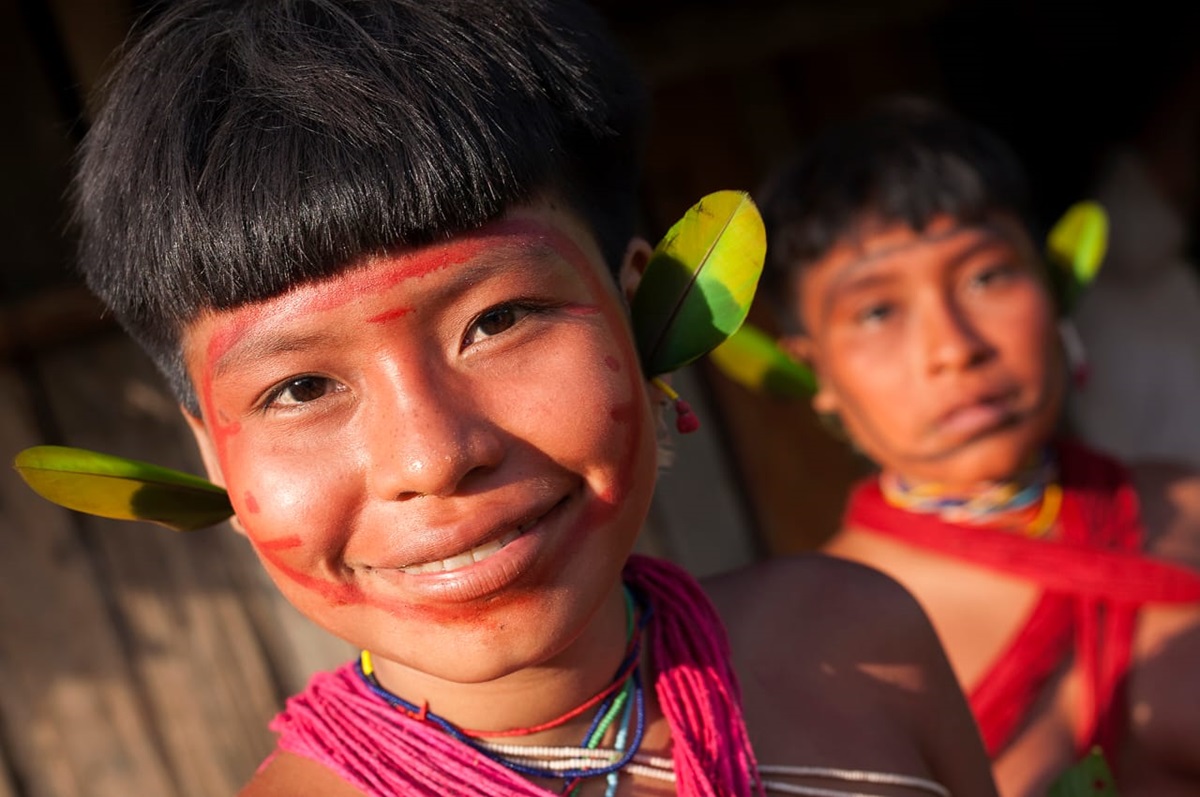 Indigenous peoples and tackling health inequities: WHO side event at the 21st session of the UN Permanent Forum on Indigenous Issues

International organizations are also taking this opportunity to release up-to-date and useful resources. Here's a fundamental report from The International Work Group for Indigenous Affairs (IWGIA) with a special focus on Indigenous women land defenders on the frontline, and a project practitioner's manual from the United Nations' Food and Agriculture Organization (FAO) on Free, Prior and Informed Consent.

Meanwhile, Indigenous Peoples in Brazil gathered in the country's capital Brasília for Acampamento Terra Livre 2022 (Free Land Camp), which took place April 4-14. As Amazon Watch points out, "the event brought together 7,000 Indigenous people in Brasilia before key votes in Brazil's Congress on bills that would violate the rights of Indigenous peoples, including Bill 191/2020, which would open up Indigenous lands to mining and other extractive industries."

The urgency of the demands heard in the streets of Brasília was once again confirmed this week, as reports emerge about the brutal consequences of gold mining for the Yanomani, who live in Brazil's largest Indigenous reserve. According to Mongabay, this is "the most intense spate of invasions by illegal miners in 30 years." 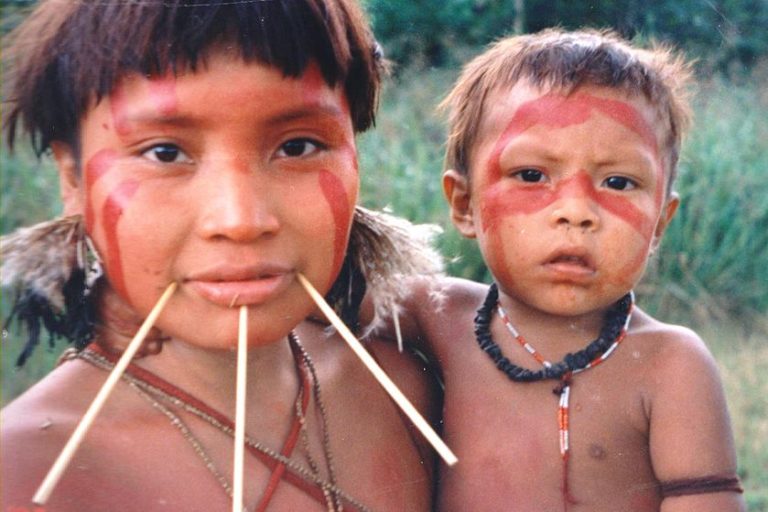 Illegal miners operating insider the Yanomami Indigenous Territory in the Brazilian Amazon are coercing Indigenous girls as young as 11 into sex work, as well as inflicting violence and disease on the wider population, a recent investigation says.
https://news.mongabay.com/2022/04/illegal-miners-bring-sexual-violence-and-disease-to-indigenous-reserve-in-brazil/?fbclid=IwAR2bmpn-BuG1AQyo9_Bk6yvrGNupS5X-mnQeGAu8Xy4CqMKvMhLQiLG8nkY 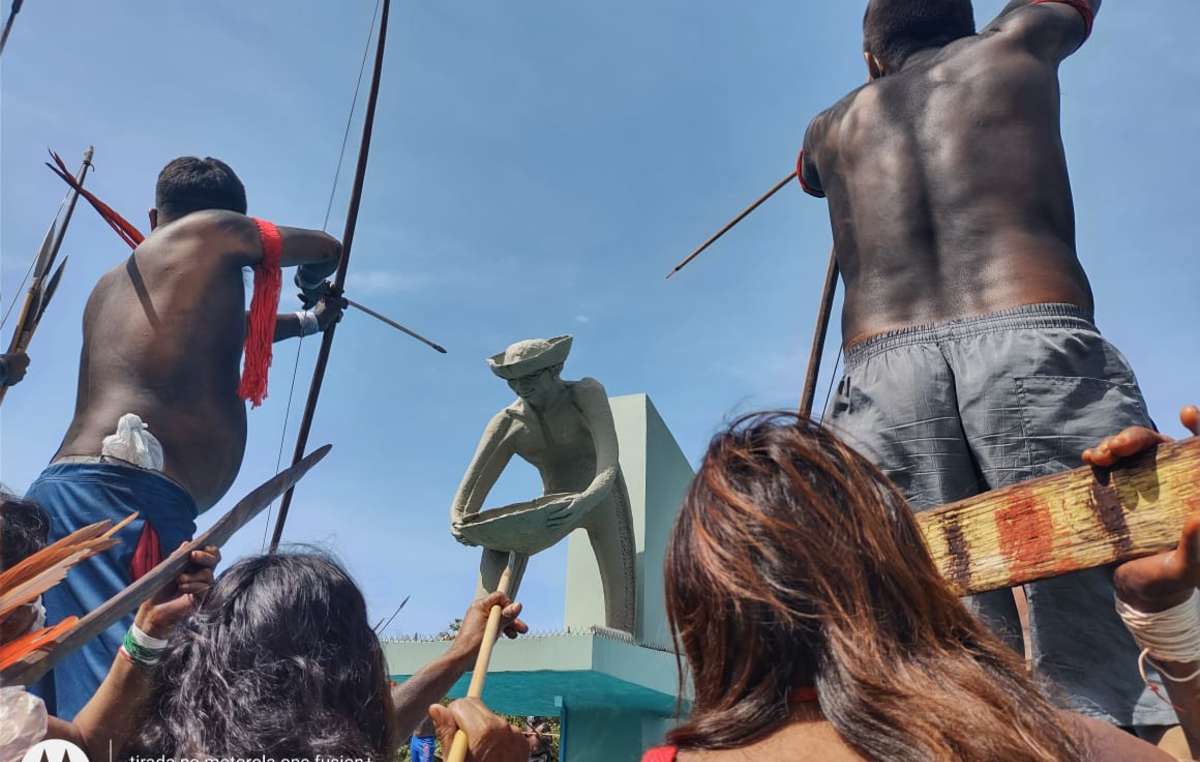 Venezuela and Brazil: Violence and destruction escalate in the Yanomami territory

4 Yanomami people shot dead in Venezuela by soldiers, with others injured.
https://www.survivalinternational.org/news/12821

An impressive look into the destruction of Indigenous territories in the Amazon was among the winners of this year's World Press Photo Awards, announced earlier this month. Lalo de Almeida's "Amazonian Dystopia", the Long-Term Project Award recipient, is a 12-year project for the Folha de São Paulo newspaper that "captures the disastrous effects of land and resource exploitation of the Amazon rainforest as well as the effects on closely connected Indigenous communities."

But extractive industries are just one of the ways in which Indigenous territories have been invaded and its resources exploited and destroyed. Earlier this month, the Intergovernmental Panel on Climate Change issued its latest report and for the first time pointed out the intrinsic relationship between climate change and colonialism.

NDN Collective's response is worth reading carefully:  "The IPCC report acknowledging colonialism as a driver of climate change reinforces what Indigenous Peoples across the globe have been declaring for decades. Indigenous Peoples have suffered the brunt of colonialism – and though we have contributed to climate change the least, are suffering from its impacts the most." Looking forward to what could be a better, more just future for Native American communities, we were glad to read about the $46M in climate funding for Indigenous communities announced by the Biden administration.

Now is the time to join the efforts of Native American communities protecting their lands, by amplifying their voices. As you finish this article, please take the time to listen to an update on the current dangers posed by the Dakota Access Pipeline, from Standing Rock Sioux Tribe's Chairwoman, Janet Alkire: