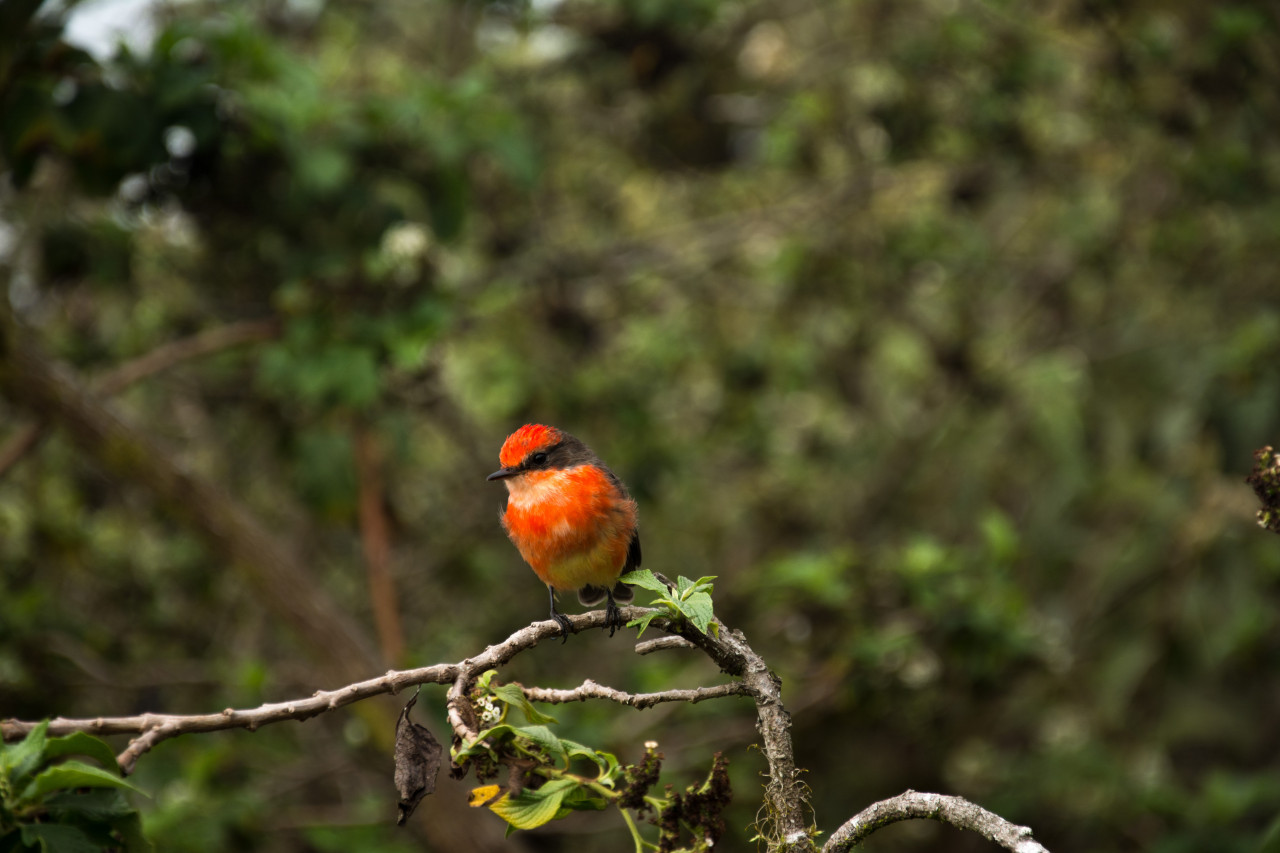 A Vermillion Flycatcher, one of the extraordinary birds that live in the Scalesia Forest. Losing plant biodiversity will lead to a loss of animal biodiversity as well. Source: Charles Darwin Foundation - ©️ Juan Manuel Garcia

With each passing year, it becomes increasingly more inescapable to hear alarming news about biodiversity loss on our planet. While researchers collect and analyze more and more data, the contours of a terrifying picture gain shape—we're living through a sixth mass extinction. But for the first time, this loss of animal and plant species can be traced back to another species: our own.

One of the reasons for this is this tendency to exclude ourselves from the natural world, to think of ourselves as existing outside nature. Even as we become more sensitive to the plight for survival of such incredible creatures like polar bears, blue whales or Asian elephants, we approach this struggle as if it concerned those species alone. We're still failing to grasp what Darwin concluded over 100 years ago and joyfully wrote about in his On The Origin of Species—the extraordinary web of relationships—a cat and a bumblebee are strictly tied to each other. 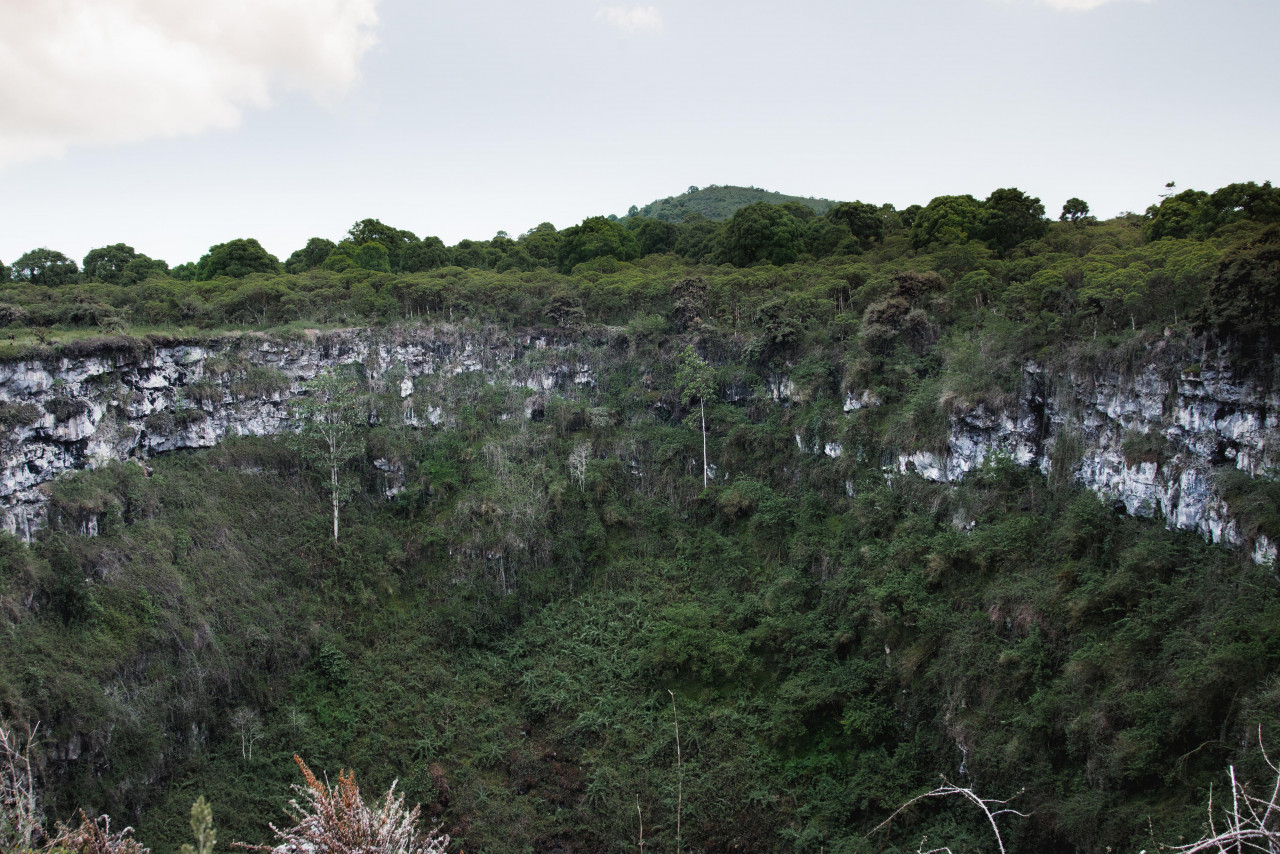 The evolution of ecosystems has been very slow and prolonged. These ecosystems and all the life that's bound together in them reached a balance through multiple adaptations. The extinction of a single species in this web can tip the scales. Its absence can mean that ecosystem is no longer able to provide the conditions for survival to all the life related to that one species. And we must understand ourselves as precisely one more species in that web of relationships.

Our inability to fully understand all the underlying balances that make up our planet's ecosystems combined with our species' audacity to alter the world around it has put us in a very dangerous place.

Cover of “The Nation of Plants”, the fascinating book by plant neurobiologist Stefano Mancuso, published by “Other Press LLC”


As leading plant neurobiologist Stefano Mancuso brilliantly exemplifies in his book The Nation of Plants, introducing foreign plants into an environment can lead to the extinction of endemic species. This happened in the 19th century when the English took prickly pears, endemic to what is now Mexico City, to Australia. The prickly pear is a cactus plant that hosts the cochineal, a tiny insect capable of producing a red dye that became so coveted by the English that they devised a plan to produce the dye themselves. However, the cochineals were unable to survive in Australia. That would have been the end of it had the prickly pear not become an uncontrollable problem in Australia, decimating an astounding number of endemic species. Unfortunately, examples of this same thinking abound: as the Chinese government implemented the "Long Leap Forward" measures of 1958-62, it tried to radically reduce the presence of sparrows, guilty of eating rice and grain from crop fields. But as sparrows were crudely exterminated nationwide, it became clear that plagues of beetles, a direct consequence of such actions, would bring about even more serious crop destruction than the one caused by sparrows. Mancuso quotes Darwin to again illustrate the point—whenever we try to introduce or exterminate a species from an ecosystem, guessing the consequences can be as "hopeless" as throwing sawdust on a windy day and predicting exactly where it would land.

The Galápagos and its species that are found nowhere else in the world were crucial for Darwin's theorization of evolution, a cornerstone of biology. In the Galápagos, the introduction of invasive species has been going on ever since man landed on the archipelago in the 16th century. But as recently as 1968, a species of blackberry was brought to the island, slowly growing to a threat to Scalesia penduculata, the endemic plant that sustains such incredible lifeforms as Darwin's finches. The original Scalesia forest is now reduced to 1% of its original size, and in the meantime, manual control of the spread of blackberry through pesticide use also had unintended consequences for life in this unique forest.

Committed and thorough science is the tool our species possesses to understand the consequences of its actions, and it's also the only way to responsibly try to fix some of the damage done. The Charles Darwin Foundation has been doing precisely that in the Galápagos, developing unique research on how to stop the spread of blackberry using biological control by figuring out what species can be a control agent that can safely be used without compromising the carefully woven and centuries-long fabric that sustains this forest. 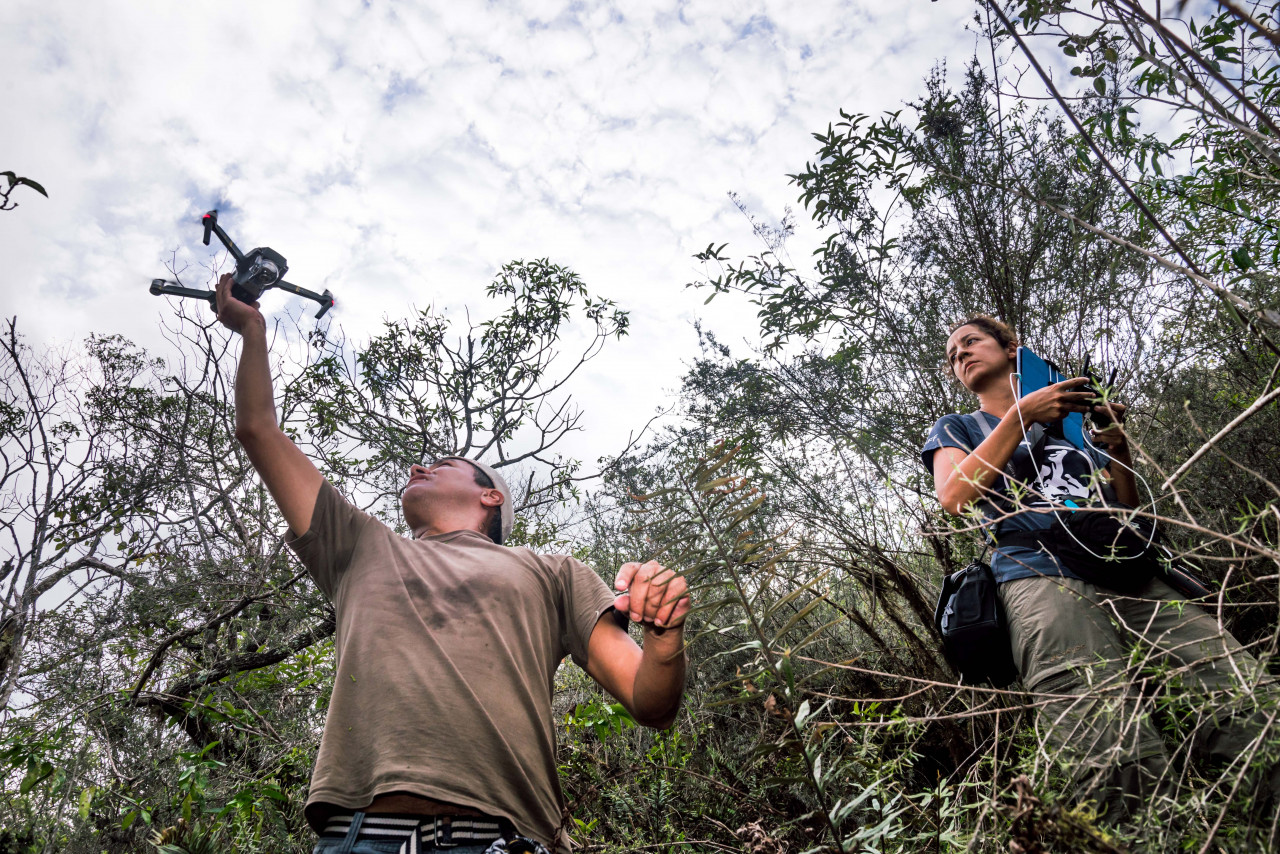 Scientists and technicians from many different fields are required to implement a successful restoration project that has no unintended consequences. Source: Charles Darwin Foundation - ©️ Joshua Vela


At Azimuth World Foundation, one of our guiding principles is to restore the balance between humankind and ecosystems. That's why part of our mission is to support projects like CDF's, that strive to restore this balance based on transparent and reliable science.

We believe the Charles Darwin Foundation's work on the Scalesia forest in the Galápagos is a prime example of this movement to restore our planet based on knowledge and effective action. That's why we couldn't be happier to tell you about the success of this campaign and how our donors and supporters came together, raised nearly $6000, and Azimuth World Foundation doubled that to almost $12000!