Scroll to the end for the latest updates

The original inhabitants of the Great Lakes region of Central Africa, the Batwa were semi-nomadic forest-dwelling expert hunter-gatherers. Currently, they speak many different languages and live in Rwanda, Burundi, Uganda and the eastern Democratic Republic of Congo, with an estimated total population of 86,000 to 112,000. The Batwa identify as Indigenous People and share many of the cultural traits indicated in Article 1 of the ILO Convention no. 169 Concerning Indigenous and Tribal Peoples in Independent Countries. And even though some still practice the ancient traditions that are part of their rich culture, their traditional way of life is disappearing. Their rights are systematically violated, and they suffer grave prejudice and discrimination.

In 1991, following conservation projects by the Ugandan government and Western international agencies primarily to create national parks to protect endangered mountain gorillas, the Batwa were removed from their ancestral forests. This was done without their free, prior and informed consent, any public hearing or compensation. Consequently, this ancestral forest-dwelling people, who lived in harmony with other species and their surrounding environment and were not responsible for the dwindling numbers of mountain gorillas, suffered a sudden and profound change in their way of life. Now, fortunately, mountain gorillas are no longer considered endangered. But the Batwa people and their culture are.

Land. For many, if not all, Indigenous Peoples, land means home, the source of physical and spiritual sustenance, the source of medicine and health practices, and the source of culture and identity. Such is the case for the Batwa, who now live in a harsh and precarious situation, with limited access to food, shelter, clothing and healthcare. Dispossession of land meant being unable to hunt or gather, leading to extreme poverty and a breakdown of social relations. Without being able to practice their ancestral traditions and organize according to their traditional social structure, many felt they had lost their identity. This exacerbated the negative stereotyping: uncivilized, lazy, depraved and physiologically inferior because of their height. 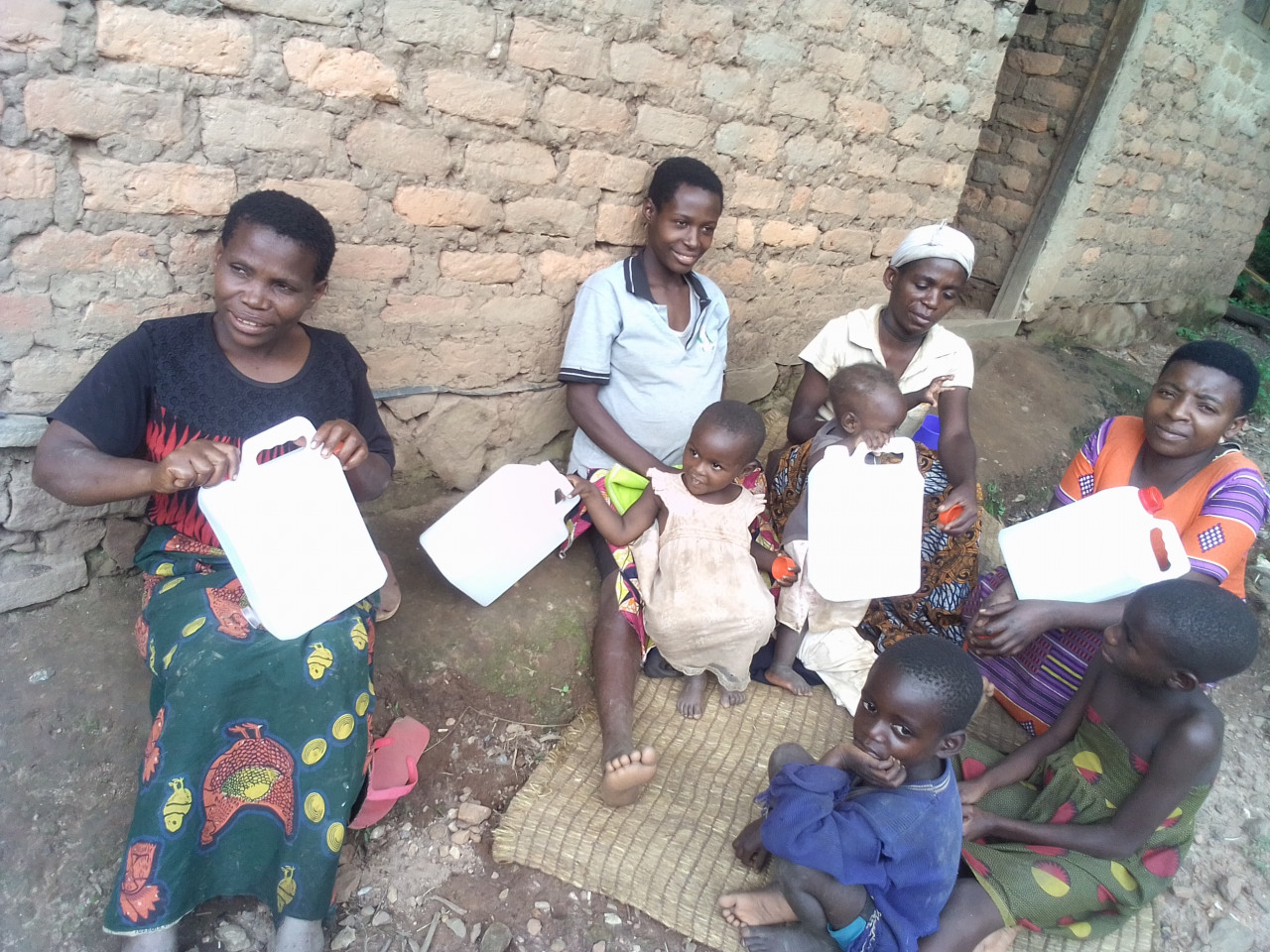 Along with social marginalization, their small numbers and almost inexistent political representation mean institutional marginalization as well. Their access to state health services, clean water, shelter, food and education is minimal. The discrimination they face extends to the health workers who often ignore or neglect Batwa patients looking for care. Living in the forest outskirts, in small settlements with meager living conditions, also contributes to the problem. Once renowned as experts in medicinal herbs, without access to healing resources from their ancestral home and living in extreme poverty, they have become increasingly vulnerable to disease and substance abuse. As a result, rates of HIV and AIDS and other diseases are very high among the Batwa. Their life expectancy is 28 years old. Twenty-eight. 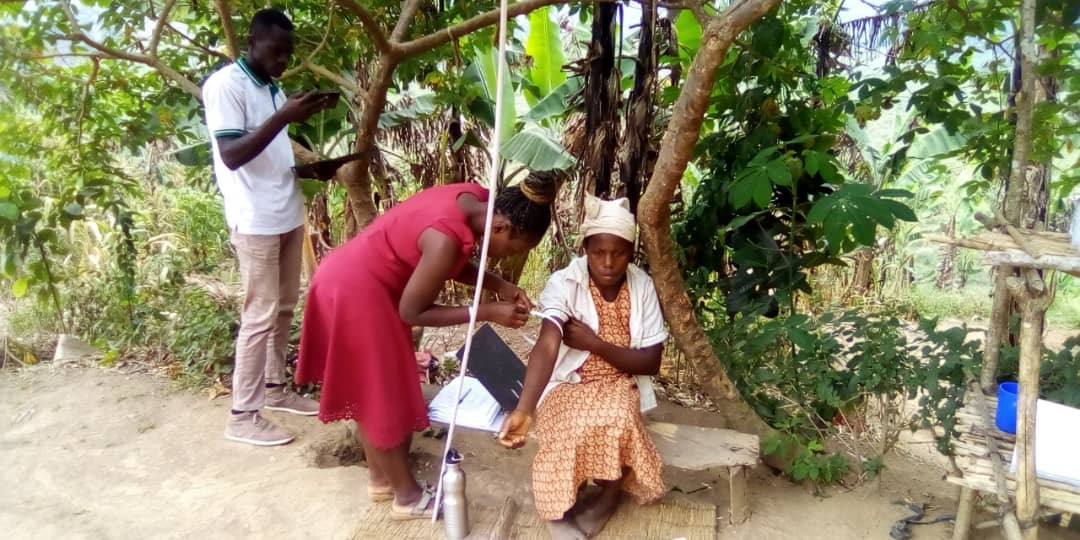 Started as an outreach clinic under a tree in 2003 by a US missionary doctor who came to Bwindi to serve the Batwa population, the BCH has become one of the few places in this remote region where the entire population can access quality healthcare. It serves 120,000 people living in the South Western corner of Uganda and provides vital services, such as Child Health, Sexual & Reproductive Health, Surgery, HIV Prevention and Care, Community Health & Batwa, Satellite Clinics, Out Patient, Adult Inpatient, Diagnostics, Research and Education. 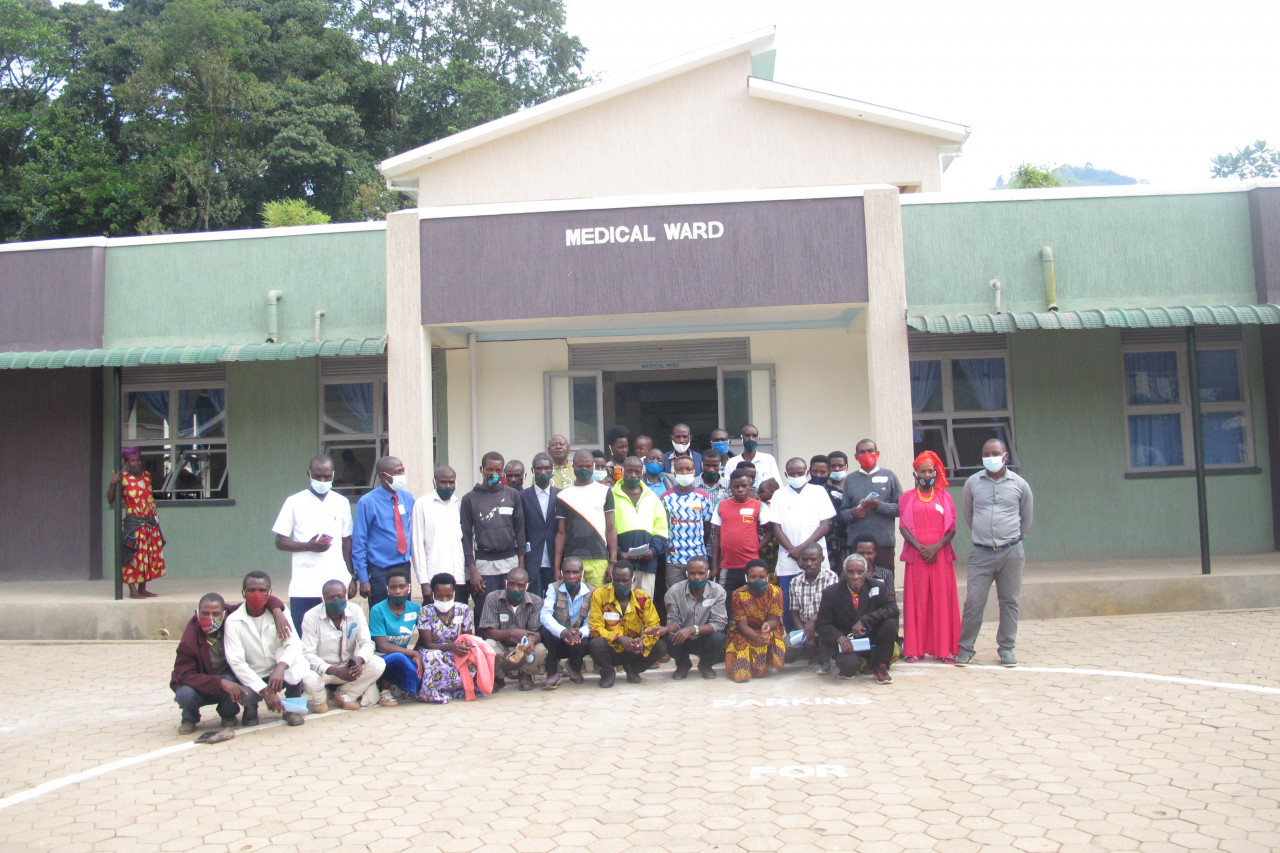 AWF's relationship with the BCH started in 2020 amid the COVID-19 pandemic. By raising donations, we were able to support the Bwindi Community Hospital with a grant to secure salary and transportation for a nurse to serve the Batwa community by explaining COVID-19 hygiene and prevention measures and providing soap. This crucial healthcare outreach lasted for eight months and served 1120 members of the Batwa community. Read more about our first grant to the BCH.

Last year, while evaluating our earlier support to the Bwindi Community Hospital's Batwa Outreach Program, we realized its incredible potential to improve many more aspects of the Batwa's quotidian.

In June this year, we gave the BCH a USD 25.000 grant to improve the water, sanitation, hygiene and psychosocial situation among the Batwa communities living in Kanungu District by working towards four objectives:

You too can support the Batwa and the extraordinary work of the Bwindi Community Hospital, head to 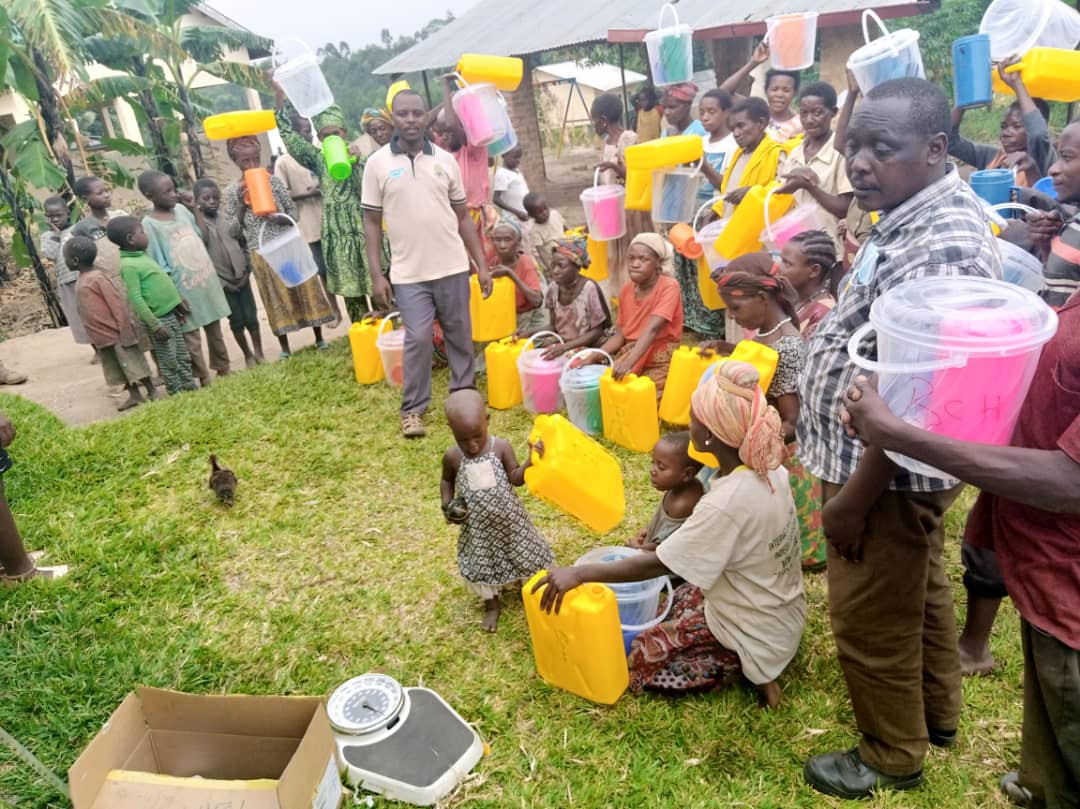 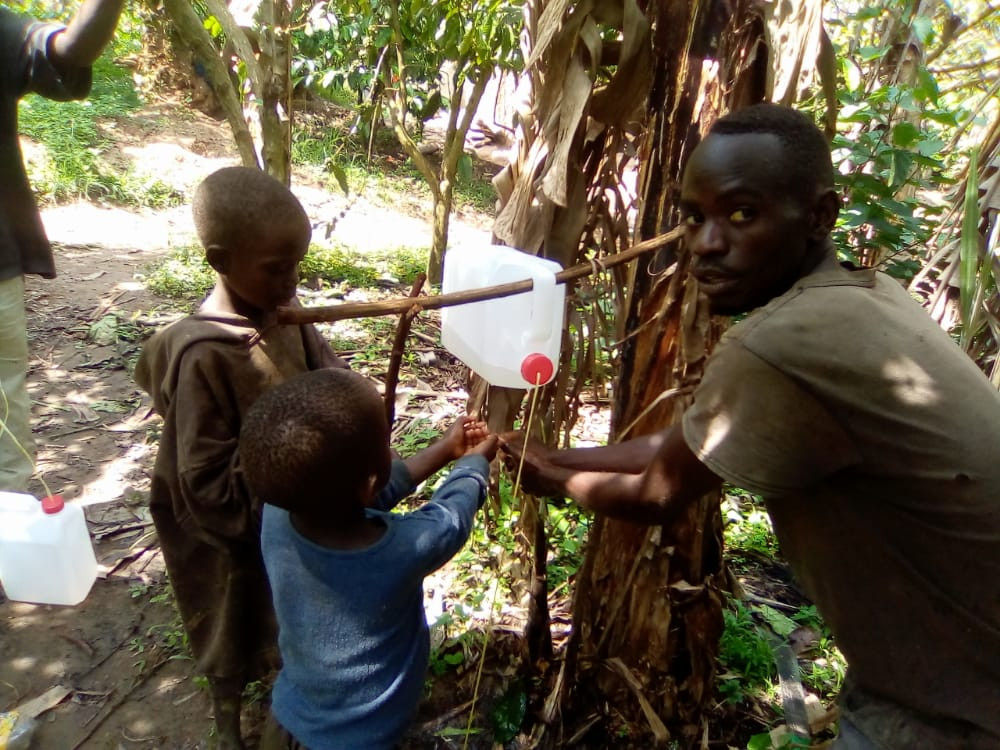 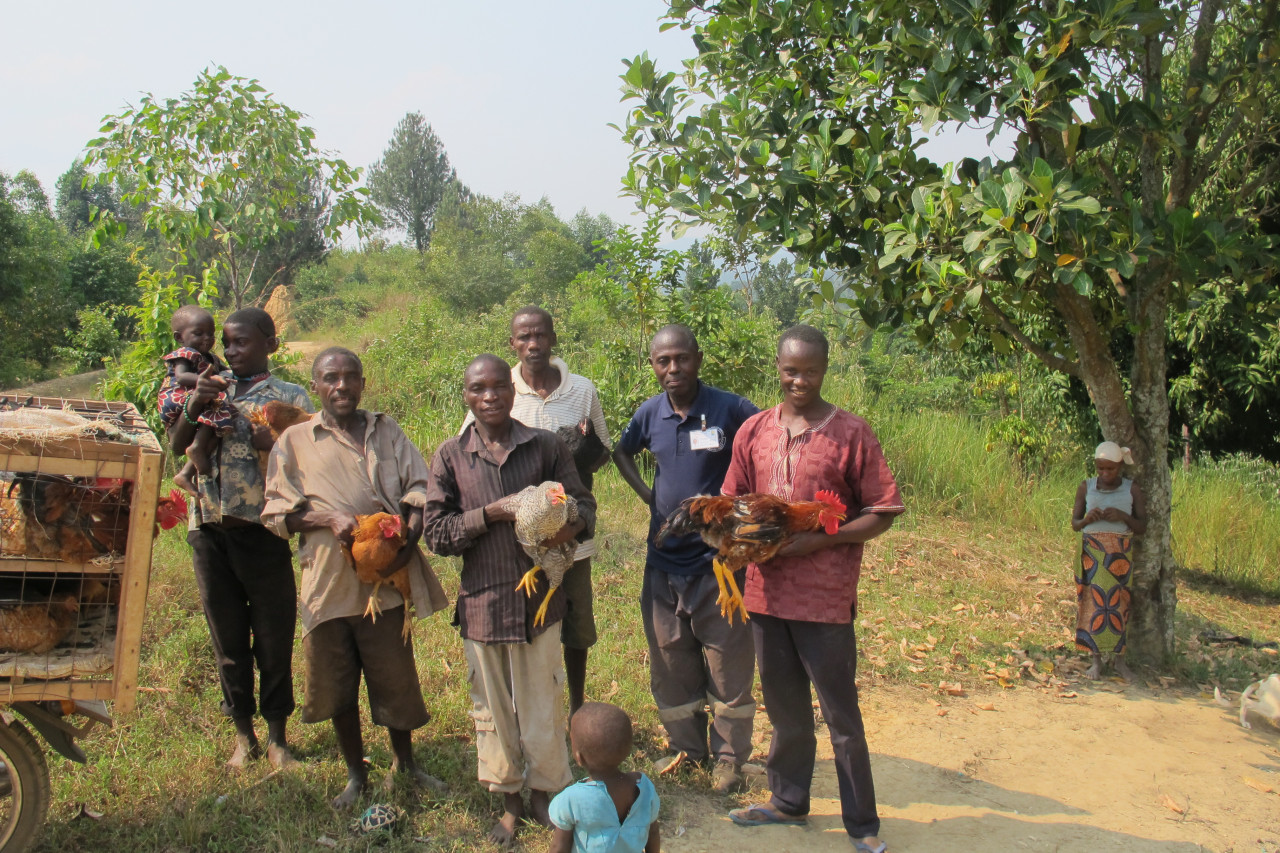 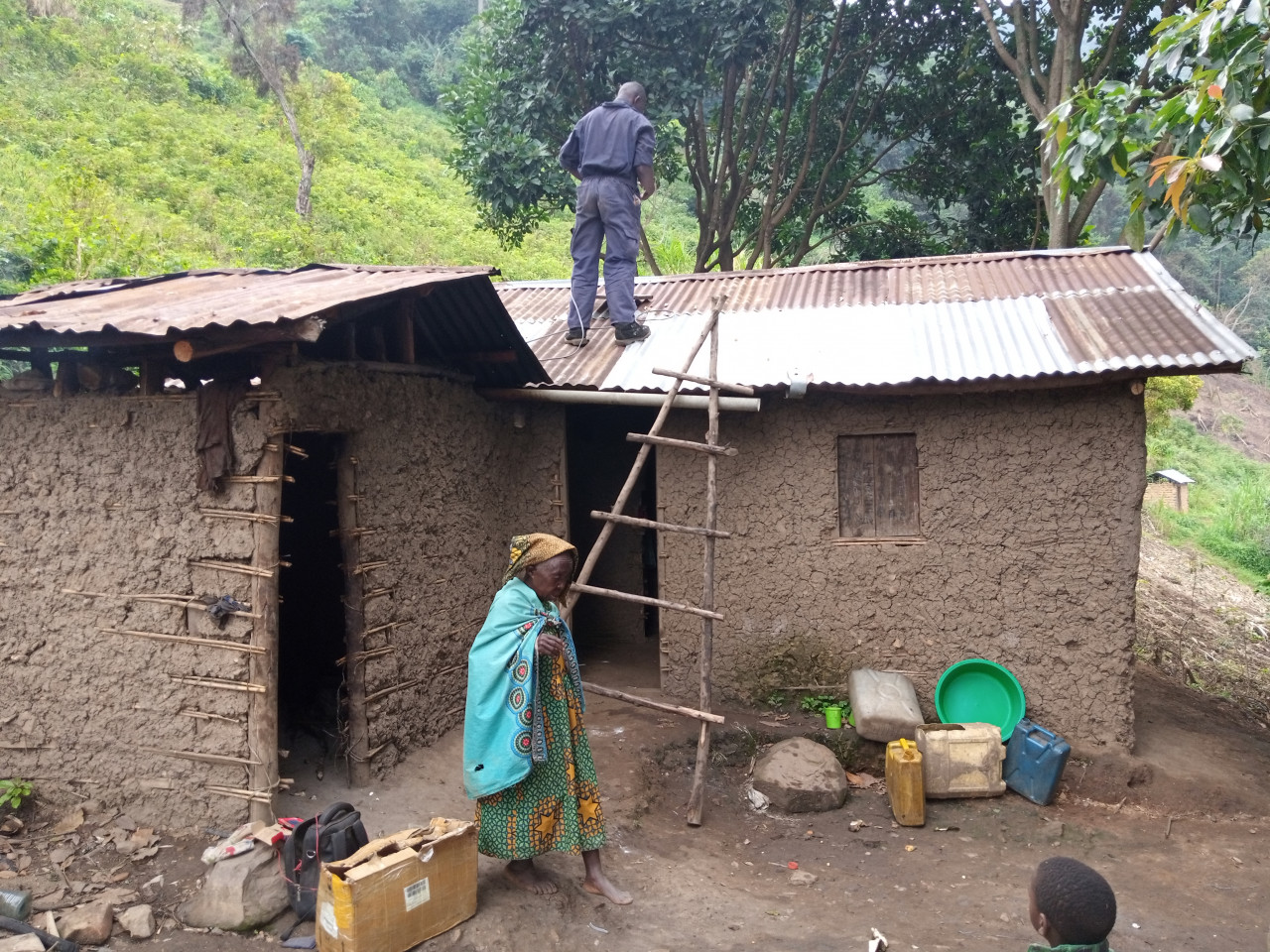 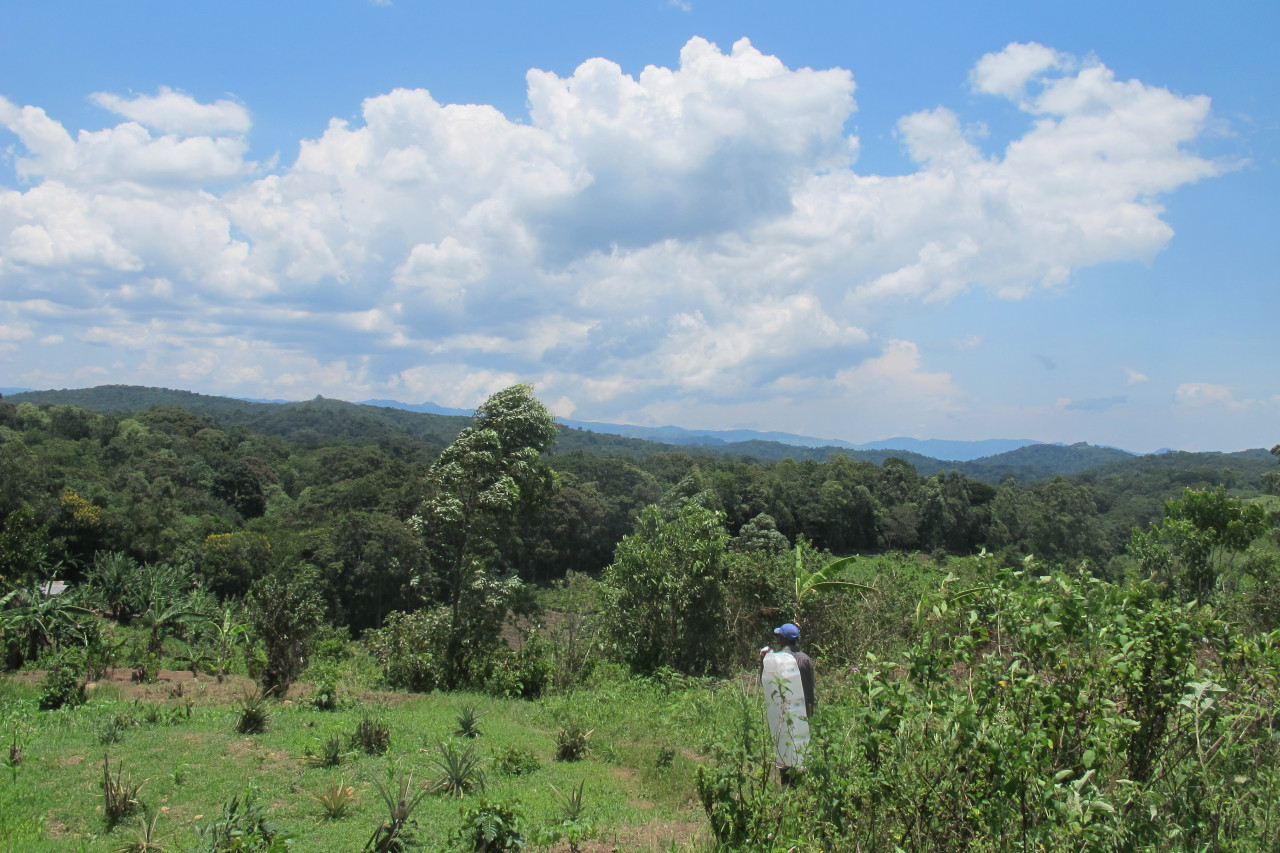 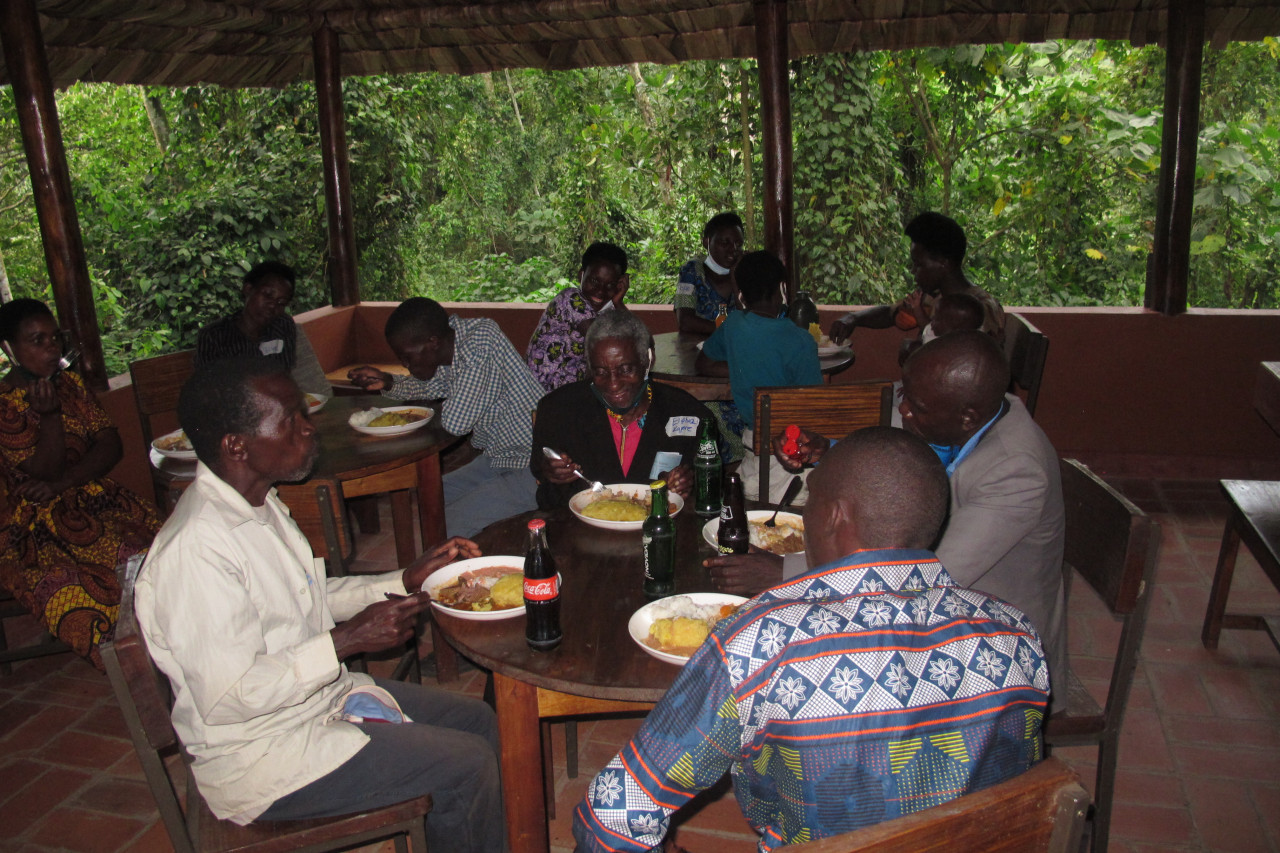 We've recently received a very positive email update on the project from the Bwindi Community Hospital. Read on to learn about all the developments making a difference for the Batwa People in the Kanungu district.

Numerous studies back the claim that community participation in primary healthcare is critical. The evidence points to benefits such as a more adequate response to the needs and problems of the community, contributing by holding health workers accountable, and other significant advantages. More than that, community participation ensures a human rights-based and culturally sensitive approach to health, which is why this program has successfully bettered health indicators among the Batwa. The Batwa have long endured poor access to healthcare because of poverty, long walking distances to hospitals and few government healthcare facilities, but also, and more poignantly, because of the discrimination they suffer not only from other social groups but also from healthcare providers. In this context, community participation proves vital.

So, to improve community participation, the BCH, with its Community Health Department, started in early July of this year setting up inception meetings between their team and the settlement Chairpersons and Health Volunteers to increase cooperation and coordination between the two. In addition, to further facilitate daily communication and referrals between settlement health volunteers and the CHBD, the volunteers were given mobile phones, and the team bought a laptop for the department. The CHBD also installed twelve solar systems in all Batwa settlements so the health volunteers could charge their phones and have light at night, benefiting the entire community.

Building on the work started with their first grant from AWF that also targeted WASH conditions, the CHBD purchased over two hundred transparent buckets, jugs, cups and 10 L jerrycans to distribute in Batwa households. Additionally, they set up hand-washing stations. These steps will hopefully contribute to improved hygiene and help curb the prevalence of diseases such as diarrhea. And one of the measures that made us the proudest because of its success—monthly health outreaches in all the settlements. These target maternal health, child nutrition and immunization, and alcohol and substance abuse prevention and care, among other essential services. This time, these vital outreaches happened thrice and also covered much-needed and urgent sensitization about Ebola prevention because Uganda is battling Ebola again, and this time, an outbreak caused by the Sudan strain of the virus, for which there are no approved vaccines or treatments.

And finally, the CHBD implemented a livelihood, occupation and income project among the Bawa. For this purpose, they bought and distributed 60 chickens (44 egg-laying hens) and 12 cages to secure them against predators.

Here's an episode of our segment, "Voices from the Ground", featuring the Batwa Outreach Program team from the Bwindi Community Hospital explaining how the program is improving the lives of the Batwa living in Kanungu district, Uganda: